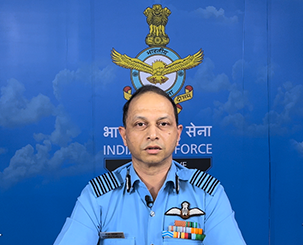 In 1999 during the Kargil War, the Indian Air Force was given a unique responsibility, to evict the enemy from high-altitude posts.

Group Captain Shreepad Tokekar was a pilot during the conflict. He was then a Flight Lieutenant and was flying the Mirage 2000.

The Mirage 2000 was pressed into action as it was the only aircraft that could deliver weapons the heights of about 33,000 ft. (about 10 kms), keeping the pilots safe from the shoulder-fired surface-to-air missiles and yet delivering weapons with accuracy.

During Operation Safed Sagar, the IAF conducted a total of 7831 sorties and 578 air strikes at heights that had never been tested before.

Group Captain Shreepad Tokekar flew 24 missions during Operation Safed Sagar in which eight were live bombing missions. He credits his achievements to the Indian Air Force in terms of grooming him from his formative years and teaching him how and when operations are done.

All the training that was imparted to him came to a point of focus when he was asked to deliver for the Indian Air Force and the country during the war.

He was honoured with the Vayu Sena Medal for his exemplary contribution during the Kargil War.